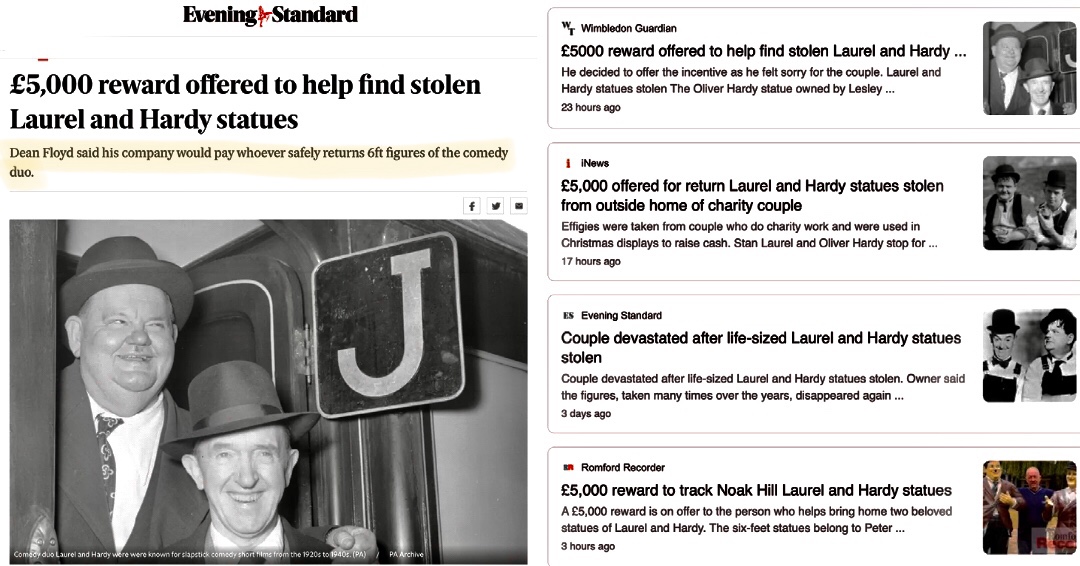 A £5,000 reward which Chigwell Group has offered for the safe return of two life-sized figures of the comedy duo Laurel and Hardy has been widely reported in the media.

Chigwell Groups chairman Dean Floyd offered the cash after the 6ft (1.8m) statues were stolen in the early hours of last Thursday from outside the home of Lesley Haylett and her partner Peter Elliott, in Romford.

Chigwell Group has worked closely with Lesley over the years through her work with Collier Row Community Association, including sponsoring the annual Carnival and Christmas events. The stolen figures feature prominently in a Christmas display that the couple put on each year to raise thousands of pounds for good causes.

Dean Floyd said. “I just think it is a shame that this happened to someone like Lesley, who gives her heart and soul to everything she does. It would be nice to get them back. So if we can help, we definitely will”.

Lesley said that she and Peter were “devastated” by the theft and that CCTV showed a man climbing over their garden wall before removing the statues.

Anyone with information should call the Metropolitan Police Service on 101