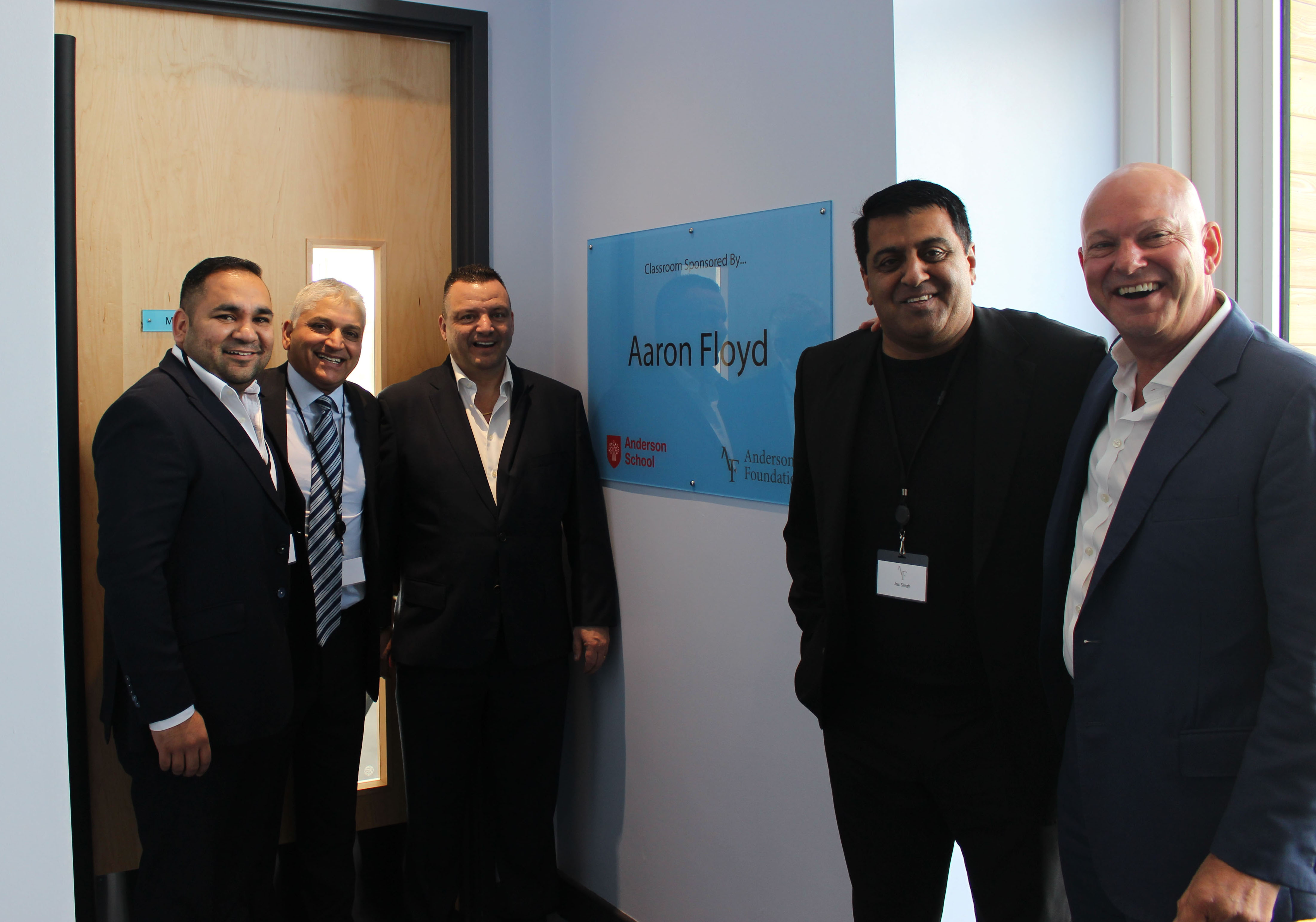 Over the past six years Chigwell Group have heavily supported and committed to many charity events for the Anderson Foundation and their chosen charity NAS, National Autistic Society.

During this time, Anderson Foundation have raised in excess of £3m and Chigwell Group have been a great contributor which has gone towards the construction of the first dedicated NAS school for Essex at an additional cost of £15m which opened in September of this year.

The Anderson NAS School was built on the site of the former Spurs training ground at Luxborough Lane in Chigwell.

The school provides classrooms for 128 pupils along with communal areas, dining facilities, sports facilities and overnight accommodation for children and young adults between the ages of 9 and 25.

Dean Floyd MD of Chigwell Group said. “I can honestly say it has been a pleasure and an honour to be involved in the sub-contractor’s team working with Anderson’s and the Foundation, where we supplied and fitted the windows, doors and curtain walling.

The Anderson NAS school also has a music room which is named after Chigwell Dean Floyds son Aaron.

Dean Floyd continued. “My son Aaron is a very talented musician and has supported the charity by entertaining at many of the events, either as a support or as a main act and has two more scheduled for 2018.  We were both delighted when Anderson Group Chairman Mark Anderson very kindly named the NAS School’s music room after Aaron in recognition of his dedication and support to the charity. To say I’m proud is an understatement”.

Mark Anderson, Chairman of Anderson Group said. “Dean Floyd and his team at Chigwell Group have been fantastically generous and supportive of the Anderson Foundation for many years now.  Likewise his son Aaron is an amazingly fantastic musician and we are delighted that he has performed at our events before he goes stratospheric!! Finally, fond regards to Ammo, Sunny, and Jas Singh at Chigwell Windows as well”.